Did you know that Helmand is believed to be the world's largest opium-producing regions? To increase awareness me and my students of the Code to Inspire computer programming center were able to successfully create a game that aims to destroy the opium poppy feeds in Helmand.
Code to Inspire center is a school where we train women in computer literacy and programming. We teach girls to develop games, smartphone apps, and design websites. You can read more about my school and our achievements on our website. We are making great progress every day and I couldn't be prouder.

People are often surprised when they find out that I work in IT, not only because I am a woman working in an all-male dominated field but because I am an Afghan woman. People believe that Afghan women are barely educated so most of the time they won't believe me when I tell them what I do for a living.

It has been a big challenge for me, breaking the barriers of gender inequality. When moving back to Afghanistan, I decided to study computer science at the university of Heart. The exams were pretty difficult and it was hard being a woman and going to school because there was a lot of prejudice against women who wanted to educate themselves. Gladly I did well in school and received a scholarship at the University of Berlin and when I graduated from there I returned back to Heart. I began as a lecturer in the same university, I studied in, and I was faced with the same problem I had realized when I was a student. I recalled many of my female classmates who wore chador, they never dared to raise their voice or ask questions in class.
You see in Afghanistan it is believed that women are not supposed to attract attention to themselves because it is deemed taboo and shameful to be in the center of attention.  so once again as I had begun as a lecturer this had not changed a bit.

This was actually what inspired me to open a coding school only for women. My main aim is to create a safe zone for women, I want them to feel comfortable and confident and simply be themselves where they dare to ask questions and express their creativity. Teaching coding to Afghan women is a gateway for a better future.

One of the most unfortunate truth is that Afghan women in Afghanistan are not aware of their rights and that is because of the lack of education, but also because men are barely taking interest in promoting women's rights. Other aspects as illiteracy in our country, orthodox beliefs, and behavior of men that is stopping women from evolving. We have to start creating discussions between men and women, we need to demolish this division between men and women and so they can work together towards equality. 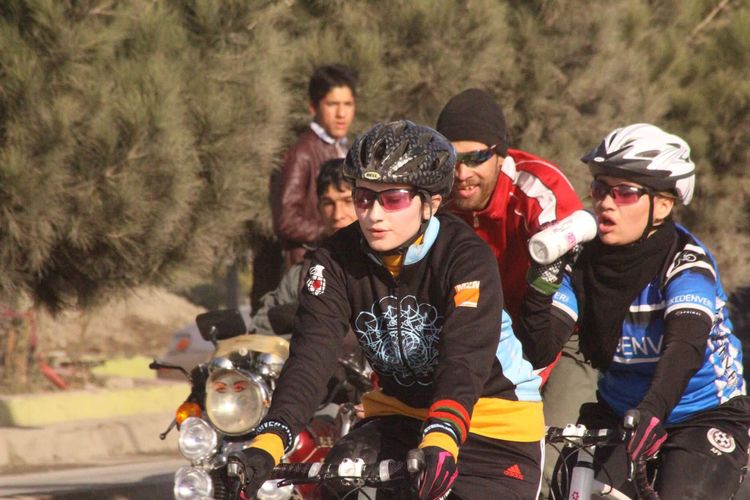 “Some would cheer for us, and others would throw stones”

When people in the streets of Kabul saw us- a group of women riding bicycles and wearing bicycle gear- I
Jun 21, 2019
1 min read