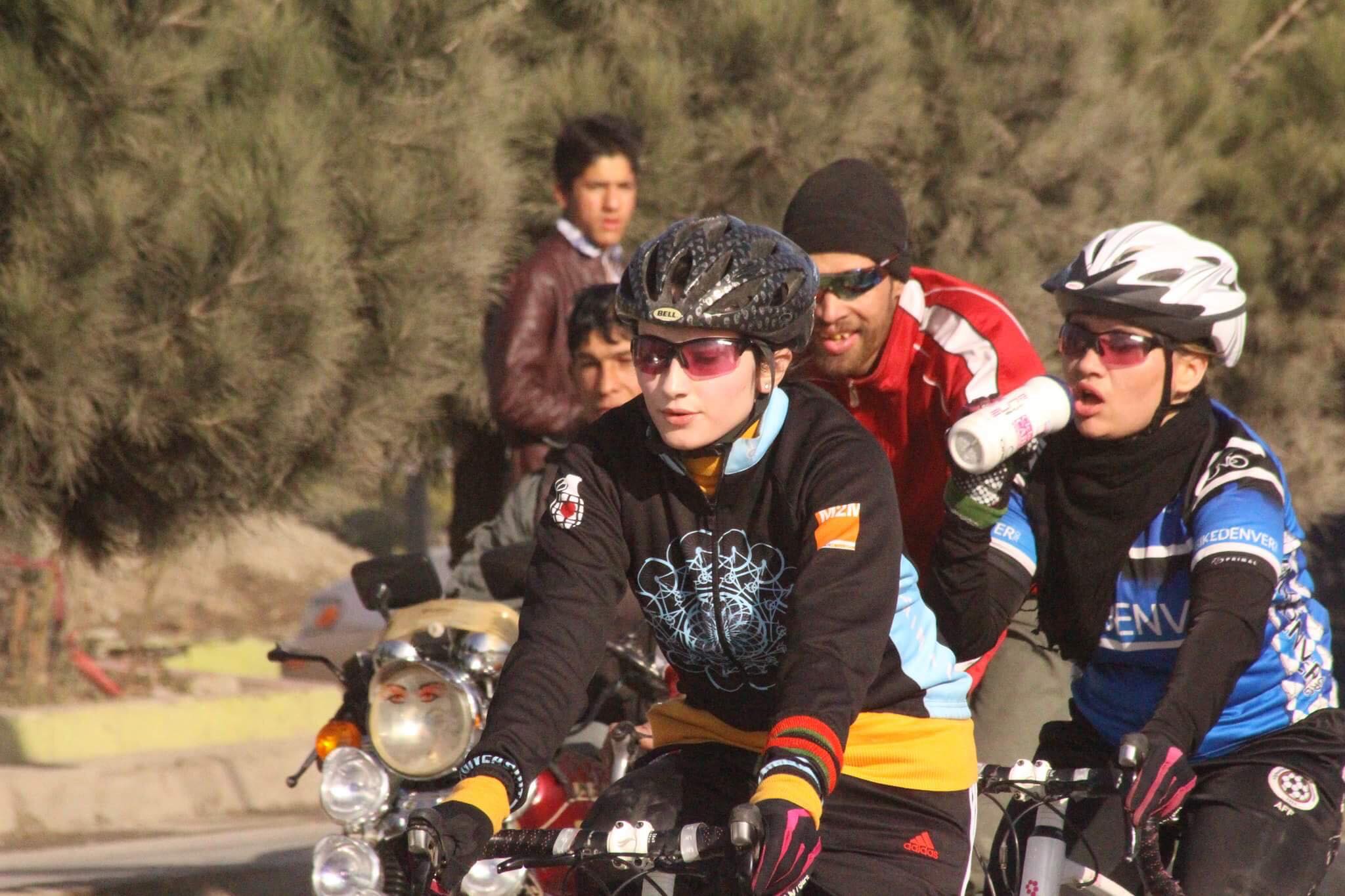 When people in the streets of Kabul saw us- a group of women riding bicycles and wearing bicycle gear- I knew they saw the same thing we did, a symbol of peace riding through our war-torn country. Bicycling for me is symbolic of peace, brighter future, and the struggle for independence of my countrywoman.

It was never easy being a professional female cyclist in Afghanistan. We have been harassed and physically abused by men who stand by the Taliban ideology, which deems women who ride bikes as dishonorable. I am considered a “bad woman” by such people. Fearing that I would corrupt their thoughts, my neighbors would warn their daughters against speaking to me.

The very first time I rode a bicycle, I was around ten years old. I would borrow my younger brother's bike and sometimes I would give my pocket money to the neighborhood boys inexchange for riding their bike across the street. I believe, the main reason I wanted to ride bicycles was because there were no activities for girls. I didn’t have any outdoor activities like my younger brother and his friends. We stayed inside, whilst the boys could go out as they pleased, so I took advantage of every small opportunity I got to ride a bike. However, the dangers of riding a bike increased with my age. The cultural prejudice and physical risks increased and I had to stop until after a couple of years when a friend introduced me to an underground women’s bicycling team. I was admitted to the team and the professional training began. Thereafter, the fear of bicycling and facing hatred become irrelevant. My dream was bigger and stronger than the fear of threats. I didn’t allow it to stop me from living my dream as a professional cyclist and fighting for the rights of my countrywomen. I ride against hate, social stigma and inequality.